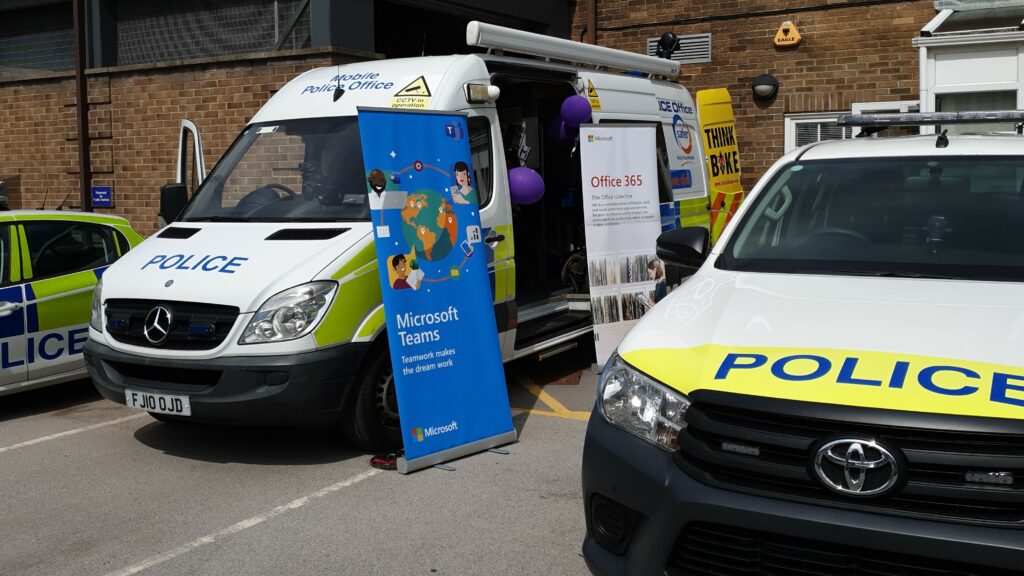 Derbyshire Constabulary took its mobile police station out on the road during August to showcase Microsoft 365 and Teams to staff and officers across the region.

Team members from Derbyshire Constabulary, the NEP and Microsoft UK demonstrated the work we’re doing together that will help frontline staff get the information they need, wherever they are, whatever they’re using.

The tour visited police stations in the heart of the Peak District National Park, taking in Buxton in the east of the region, and Glossop in the north.

Derbyshire Constabulary covers an area of over 1000 square miles and has a population of around one million people.