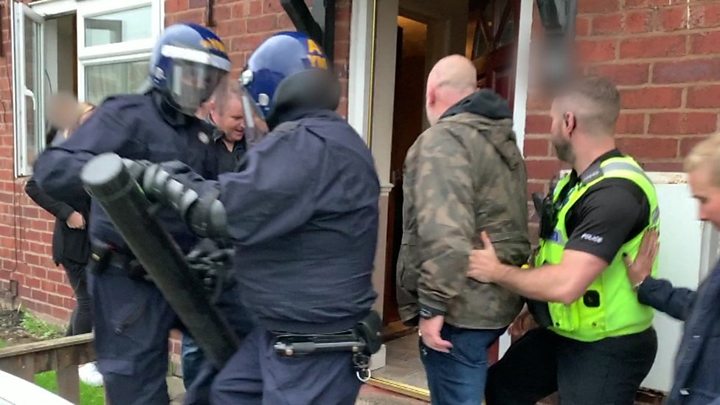 Building a platform that helps us work better, together 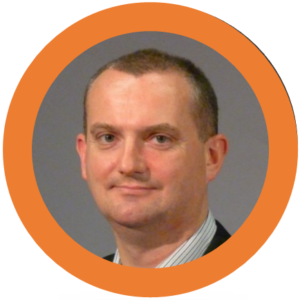 In a time where crime has no borders, how do you see this transformation work helping?

“Through the NPTC, I’ve been involved with the NEP since the early discussions. The NEP actually came around at a convenient time for the Met, as it tied in with work we had already planned regarding a move to Office 365 and utilising collaboration functionality. We were pleased that all forces are going to be moving in a similar direction because we see the future opportunities for collaboration if all forces are on one single IT solution.

And where we have joint operations with other forces, that will be a key opportunity.

Like other regions, the Met shares a border with multiple forces who all have differing core IT systems. At the moment we are seeing particular issues with drug gangs operating across county lines, so for example a joined-up operations platform with the counties that border London would help us to effectively share plans and ultimately co-ordinate our operations in a single space.

We see lots of opportunities to work with other forces and law enforcement agencies in the UK and beyond to share information in this way, whilst also looking to extend this to third parties and other areas of government.”

The Met recently moved a swath of users to Office 365. How did that go?

“One of the challenges we have been facing within the Met has been around our outdated email solution, so we have had to consider this when planning to implement the NEP’s design solution. To prioritise these issues we made the decision to migrate all 65,000 mailboxes – that’s 45,000 users – onto the Office 365 email platform.

We have been working collaboratively with the NEP team and appreciate the support we have received from them and Commissioner Ian Dyson, the NEP’s SRO & SIRO for policing. We acknowledge that this is a different approach to that of the NEP Tech and Business Pilots, however we were somewhat backed into a corner given our outdated email solution.

With that said, we were pleasantly surprised by the ease with which we were able to migrate our users and mailboxes over to Office 365. We were concerned about potential issues with shared mailboxes and calendars, and that at any given time during the migration, some of the 45,000 users may be on the old system, and some on the new.

But actually the integration worked really well, and most of our users did not notice that we had done it. They turned on their laptops the next morning and it was working as normal. Of course, we did some pilot activity, starting with a handful of users and mailboxes. We migrated the IT department first which was around 200 mailboxes and once we were happy with the result, we incrementally increased the numbers until all 65,000 had been migrated across.”

And Microsoft Teams is next? How do you see it supporting the way you work?

“This Autumn, we completed our 2500 user pilot for Microsoft Teams. It sounds like a huge number, but given the size of our force, we wanted to make sure our pilot deployed Teams to a number of central teams and command units.

We received really good feedback from the pilot, people seem to love the desktop video conferencing, and increasingly they are starting to use the platform as a shared collaboration space and for instant messaging to help cut down on email traffic. From a logistical standpoint, the performance of the platform and success of Teams calls has been very high. We will be pushing Teams out to the majority of the Met’s 45,000 users from December.

One way I see Teams assisting us is with team briefings.

Once you hit record, any briefing can be saved on the Teams platform for later use and any presentations can also be included. If for example a team is out in the car and they think they have spotted a person of interest, they can instantly refer back to the online team briefing to check the person against their picture.

Teams is also a useful tool for signposting officers to relevant contacts. If we have a group who are specialists in for example child sexual exploitation, then an officer out in the field who’s got a worry about a safeguarding issue will be able to access a team of experts to consult with and ask for their advice.

These are just a couple of examples that spring to mind, but in reality there are hundreds of internal collaboration opportunities to make sure people get access to the right information at the right time.”

The Met has thousands of officers on the frontline. How will this work support them?

“We have around 30,000 mobile devices on the estate, including tablets and laptops. We are looking at a potential deployment of smart phones to frontline officers which would be in the order of around 20,000 devices, and what we would like to do is deliver that within the NEP design, and manage these devices with Intune.

We are looking at the feasibility of managing our existing mobile device estate with Intune, but our primary focus with Intune will be these smart phones to the front line. These devices will ultimately have access to the entire Office 365 product suite, including Teams. We are really focusing on how we can improve victim care with the deployment of these devices.

We are also keen to understand what other functionality we can start to put onto these devices. Lots of forces out there have already put policing applications on the phones, so we see that as our direction of travel as our back-end systems become more modern.

One of the really interesting pieces to this programme is around what we can learn from other forces, and other people who I know for example are already developing PowerApps with the NEP team.

We are really keen to collaborate with the NEP team to understand where PowerApps have been developed so we can avoid duplication, and establish how we can begin to implement them within our mobile device estate.”

How do you see the Met’s response to cyber threats evolving?

“It’s important for policing to have access to high level intelligence and a strong protective capability to support our security. If we can see that there’s a particular threat actor operating against any given force, the chances are they’ll try and operate against all of us.

We’re supporters of the National Monitoring Centre (NMC) as a concept, as it creates a united front for forces in responding to these cyber threats. What the Met need to do is understand how the NMC’s capabilities marry up with our requirements, and then we’ll do the usual robust value for money comparison that you’d expect before making our final decision.

We’ll be going to market in the new year for a new set of services, so in truth we aren’t at the point of looking to on-board to the NMC just yet. What we will be doing however is remaining engaged with the progress of the NMC, and watching how its functionality develops.”

Why do you think this transformation work at the Met, and across policing is important?

“Our job is to protect the public. Our officers will be able to do that better if they have timely access to information via a platform that allows them to work effectively with partners.

I think the NEP’s work and Office 365 very much moves us in that direction and complements work we already do.

From more of a business change perspective, I firmly believe that the most effective way of delivering large scale technology transformation to a wide range of organisations is to take an off-the-shelf product, which meets the needs of those using it with the right commercial wrap around it, and giving them the required support during implementation.

I think the work the NEP’s doing is a great example of that approach and it’s the first time we have tried this in policing. I think it will help policing technology in terms of establishing a delivery model that works.”

Darren Scates
Find out more
Back to top